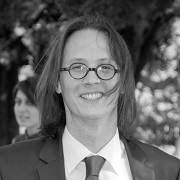 This web space is designed to host my website in honour of Mary Hesse and a collective blog on Paul K. Feyerabend’s life and philosophy as well as to make my bibliographical work on Feyerabend available to a larger audience.

As for myself, I earned my  diploma di laurea (BA+MA) and my  PhD in Philosophy from the “Ca’ Foscari” University of Venice (Italy), with the philosophy of science as my main area of specialization and historically-oriented dissertations on the development of Mary B. Hesse’s thought (2001) and of Paul K. Feyerabend’s idea of incommensurability (2007), respectively. Afterwards, I gained the status of qualified secondary school teacher in philosophy, history, psychology and the social sciences (2009). In addition, I worked as a research fellow at the Humboldt University of Berlin (2008-2012) on an archival project funded by the German Research Foundation, whose main aim was to collect, transcribe and edit Feyerabend’s correspondence with Popper, Feigl, Carnap, Hempel, Kuhn, Watkins, Agassi, and Lakatos, among others.

Over the last few years, I have given academic lectures and seminars on the philosophy of science and the philosophy of medicine as well as tutorials on presentation skills in philosophy. I have regularly contributed to major international conferences with historical studies on Feyerabend, Carnap, the “Vienna Circle”, logical empiricism, and the “Popperian School”, becoming gradually interested in the sociology of philosophical knowledge and, more generally, in intellectual history.

I am currently a high-school teacher and an independent scholar. More on my scholarly research and other personal details can be found in my profile at academia.edu.

Theme by Anders Noren — Up ↑